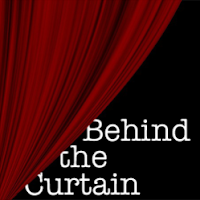 23:10 And as a great dissension was developing, the commander was afraid Paul would be torn to pieces by them and ordered the troops to go down and take him away from them by force, and bring him into the barracks.


11 But on the night immediately following, the Lord stood at his side and said, “Take courage; for as you have solemnly witnessed to My cause at Jerusalem, so you must witness at Rome also."


12 When it was day, the Jews formed a conspiracy and bound themselves under an oath, saying that they would neither eat nor drink until they had killed Paul.


Three main characters: Paul, the Roman commander and his men, and the Jews. Paul is trapped, the commander is confused, and the Jews are out for blood. Into this mess comes the Lord with a simple message for Paul. "In the same way you have witnessed for Me in Jerusalem you will also in Rome." Contained in this message is a promise. He clearly is not going to die in Jerusalem.
While Jesus is making this promise to Paul, some Jews are making a pact. They are not going to eat or drink until they have killed him which gave them less than a week to accomplish their task.


I think it's important to apply what was happening back there to life in general. We often don't look "beyond the curtain".


Paul was truly serving God. His life was devoted to Him. The Jews were clearly not despite their claims and if you aren't serving the God of heaven another god has your allegiance.


The Roman commander represents the confused world. They aren't sure what they believe and are observers of a war they don't even understand.


Paul is fighting on God's side to save lives. He is not trying to kill anyone. He has no favourites. He is a cultural anomaly. He is Greek and Hebrew and Roman. His very existence, attitude, and behaviour is a fascination to the Roman commander because it just doesn't fit.


The Jews want Paul dead because he represents everything they are not and refuse to become. They want walls and borders and classes of men. They want an "us versus them" society. They want a God who has favourites. Paul's very existence is a silent witness and an affront to their way of life.


Sound familiar? Strip away the details and it's the same reason Cain killed his brother Abel.


So where are you in this struggle? Are you the confused bystander trying to figure who is who and what is what? Are you willing to die to make the Lifegiver known or are you ready to kill to preserve your bubble?


Sure every day life is not that stark right now but it has been there many times before and we're heading back there again. As hate and anger increases around the globe lines are forming. Like minded people are grouping together and each group is intent on preserving their ideals, their bubble. Their goal is self-preservation and they'll buy it at any cost. Evil only cares for itself.


Jesus died to save us. Satan's footmen will go without food and water to eliminate any who seek Him. Life versus death. Saving others versus self-preservation. Love versus hate.


There is a reason why religion has always lead to war. Behind the curtain it's a battle between Jesus and Satan, between good and evil, between love and hate and almost all religion is a brainchild of the devil designed to fuel hatred and the "us versus them" mentality. Make no mistake. Paul was not really being hunted by the Jews because he was a breaker of religious law. He was hated and hunted because he took the good news to the Gentiles.


Where are we in this cosmic battle?
Posted by Pastor Dan at 10:13