23:31 So the soldiers, in accordance with their orders, took Paul and brought him by night to Antipatris. 32 But the next day, leaving the horsemen to go on with him, they returned to the barracks. 33 When these had come to Caesarea and delivered the letter to the governor, they also presented Paul to him. 34 When he had read it, he asked from what province he was, and when he learned that he was from Cilicia, 35 he said, “I will give you a hearing after your accusers arrive also,” giving orders for him to be kept in Herod’s Praetorium.


It was 57 miles (92km) from Jerusalem to Caesarea. If they made Paul walk it would have taken about 20 hours. If they took him on horseback it would have been approximately half that time. Most of the journey took place at night. You can be certain there was plenty of time for thinking and plenty of time for talking yet we are told nothing about it. I can only assume that if Paul had been able to share with them about Jesus we would have been told such good news. However when I picture the scene it makes sense that that didn't happen. Who wants to be given the job of walking a guy 92km in the night because of some religious squabble with the Jews? My sense is those soldiers were at best annoyed by the whole situation and were not in the mood for hearing about religion.


When Christians fight among themselves it never leaves the community impressed.


When Paul arrives did you catch where they put him? He was kept in the Governor's Residence. Some translations call it the palace. It was his home. It would be equivalent to staying in the White House. Why did they put him there?


I have learned that people judge you bases on where you are from. Paul was a Roman Jew born far from Jerusalem. When in the hands of the Roman authorities this was in his favour. The Romans found the Jews to be a pain at best. They were arrogant. They saw themselves as better than everyone else. They had secured political favour from the Empire and were free to practice their religion, have their temple etc... which many Romans resented. They had their own laws and legal system separate from the Empire but matters involving the death penalty fell under Roman jurisdiction so the settling if Jewish squabbles in Roman courts was a constant nuisance and it seemed like a regular occurrence. To a Roman the constant infighting over religion was both tedious and annoying and did nothing to raise their opinion of the "pious" Jews.


All of those factors put together gave Paul, a Roman citizen born in Tarsus of Cilicia the upper hand. He was more "one of them" than the Jews from Jerusalem were. Would it be in his favour in the end? We'll find that out tomorrow. 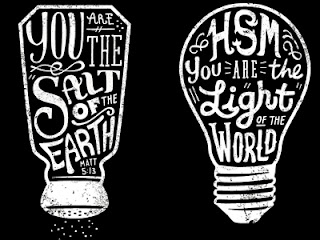 The real lesson for us in all of this is to consider the impact we have on the observing communities around us. Are we seen as arrogant, aloof, separate? Are we known more for infighting or is our influence a positive one? Are we known as helpers, encouragers, and a blessing to those around us? Are we a "light on a hill" or a quite the opposite?


Next door to us there is a family business run by Mennonites. I don't know that much about them when it comes to religion but based on their characters my impression is very favourable. Jesus said we were to be salt and light in a dark world. The salt was a symbol of preservation, to preserve love in a world that is dying inside. The light is a symbol of giving direction, of pointing the way. It should reveal the source of where that love is coming from.


How are we doing?


I know I was proud of my church last night. We worked hard together and raised over $4000 in bad economic times for the local chapter of Habitat for Humanity. The representatives who came said no one had ever done anything like this for them that she knew of. I am so proud of the light of love they shone into our city. I am praying the light increases. Our world needs it.
Posted by Pastor Dan at 11:10