24:9 The Jews also joined in the attack, asserting that these things were so.


Order in the court? It doesn't sound like it. What began as orderly, calculated, and preplanned opening remarks from Tertullus has quickly become a mess. They just couldn't contain themselves... 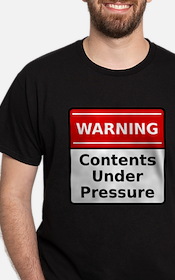 You have experienced that right? Something was inside you and it just had to come out. Maybe it was a shout of joy. Maybe it was an outburst of venemous anger. I have certainly experienced both of those and other emotions as well that spilled out in audible sounds. The worst is when the emotions are negative and the words form in your mind before you say them. They almost parade across your frontal lobe like a slow motion advertisement and even though the rest of your brain is screaming "don't say it!!!" you know it's already too late. As they tumble out in anger your wiser self is trying desperately to reel them back in as they spill off your tongue but it's too late.


The question is why does that happen? Why can't your wiser self, your calmer more rational self win? Actually sometimes he does but man it's frustrating when he does not.


Here are some things Jesus said about it: "Out of the abundance of the heart the mouth speaks".


If you picture that it's like the heart couldn't hold anything else and the overflow came spilling out your mouth. The mouth became the release valve for contents under pressure.


Interesting. Process the junk from your day before you go to bed.


Now consider the story we are in. Paul was a virtual stranger to his accusers. He has been out of town for years. Everything they think they know about him is just rumours and gossip repeated over and over until it became this monster of murderous hatred. Their hearts were too full to contain it and when he showed up it was like pulling the pin on a grenade.


What if they had done what Jesus said? What of they had processed those rumours as they each came? What if they had determined to either investigate the matter for themselves or decide not to internalize information they had no idea if it was true or not?


I mean think about it. It's not so different from today. We see people on TV, in the news etc... Each of those media outlets has an agenda and a bias. They spin every story to make a public figure either look better or worse than they really are. The effect? People like you and I end up incensed and calling these public figures names and even rioting in the streets in some extreme cases over people we have never met.


Decide to filter information. Process the junk daily. If you can't verify it is true, throw it away. If you allow the junk to build up day after day eventually your heart won't be able to hold it and someone is going to get hurt when you blow.


Despite 5 days of preparation those anger filled Jews just couldn't contain themselves even in the presence of the Roman governor under official proceedings. We don't ever want to be in those shoes. Avoiding an irrational blow up begins by learning to live in a healthy way every day...


"Do not let the sun set on your anger" because "Out of the abundance of the heart the mouth speaks."