27:13 When the south wind blew softly, supposing that they had obtained their desire, putting out to sea, they sailed close by Crete. 14 But not long after, a tempestuous head wind arose, called Euroclydon. 15 So when the ship was caught, and could not head into the wind, we let her drive. 16 And running under the shelter of an island called Clauda, we secured the skiff with difficulty. 17 When they had taken it on board, they used cables to undergird the ship; and fearing lest they should run aground on the Syrtis Sands, they struck sail and so were driven. 18 And because we were exceedingly tempest-tossed, the next day they lightened the ship. 19 On the third day we threw the ship’s tackle overboard with our own hands. 20 Now when neither sun nor stars appeared for many days, and no small tempest beat on us, all hope that we would be saved was finally given up. 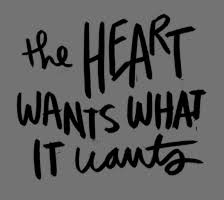 
But we're reading about ships and storms. What does the heart have to do with it?


Yesterday we ended with the centurion,  the owner of the ship, the helmsman,  and the majority of the crew voting/deciding to sail for another destination. The weather had been miserable and dangerous to that point. They were safe but didn't like the port town they were in. Paul warned them that pressing forward would end in disaster. They took his words seriously enough to take a full scale vote but in the end decided to ignore the warning.


Notice carefully what we read today. A soft southern wind began to blow. The wind agreed with their desire. They took it as a sign that it was safe to set out again into the open sea...


Make no mistake. When we are lead by our heart, (our desires, our tastes, our will, our lusts) we will grab onto anything as confirmation that our heart is string us right.


You know it's true. We have all been there. Maybe you are there right now? God says one thing and your heart says the opposite. You convince yourself the warning was not from God. You look for any all day every evidence that your heart is leading you straight...


The Bible also says "There is a way that seems right to a man but in the end it leads to death."


Another verse says "Trust (know) God with your heart. Do not lean on your own understanding. Know Him in all ways. He makes straight paths."


God has made us free. We can choose any path we want. He won't force us to go the right way. He will however send warnings. He will give counsel. He will set up obstacles to encourage us to rethink our choices. In the end though. .. the choice is ours.


I can tell you this from Scripture and life experience. The beginning if the wrong path is sunshine and lollipops but gets worse with every step.  The good path appears narrow, rough, and unattractive but gets better with time. It's only the finish line that counts. Plan to finish well. :) Love Wins.
Posted by Pastor Dan at 20:09