27:33 And as day was about to dawn, Paul implored them all to take food, saying, “Today is the fourteenth day you have waited and continued without food, and eaten nothing. 34 Therefore I urge you to take nourishment, for this is for your survival, since not a hair will fall from the head of any of you.” 35 And when he had said these things, he took bread and gave thanks to God in the presence of them all; and when he had broken it he began to eat. 36 Then they were all encouraged, and also took food themselves. 37 And in all we were two hundred and seventy-six persons on the ship. 38 So when they had eaten enough, they lightened the ship and threw out the wheat into the sea.


Fascinating. You don't have to dig deep to see some symbolism. The description of Paul taking bread and giving thanks and breaking it is very familiar is it not? The question is why? What are we to learn from it? What was God through Paul trying to convey to them and now to we who read the story?


There is a common misconception about God and forgiveness that unfortunately isn't just found in false religions. The belief is that forgiveness is given by God to us based on our asking for it and/or deserving it. This is not true. It could never be true. 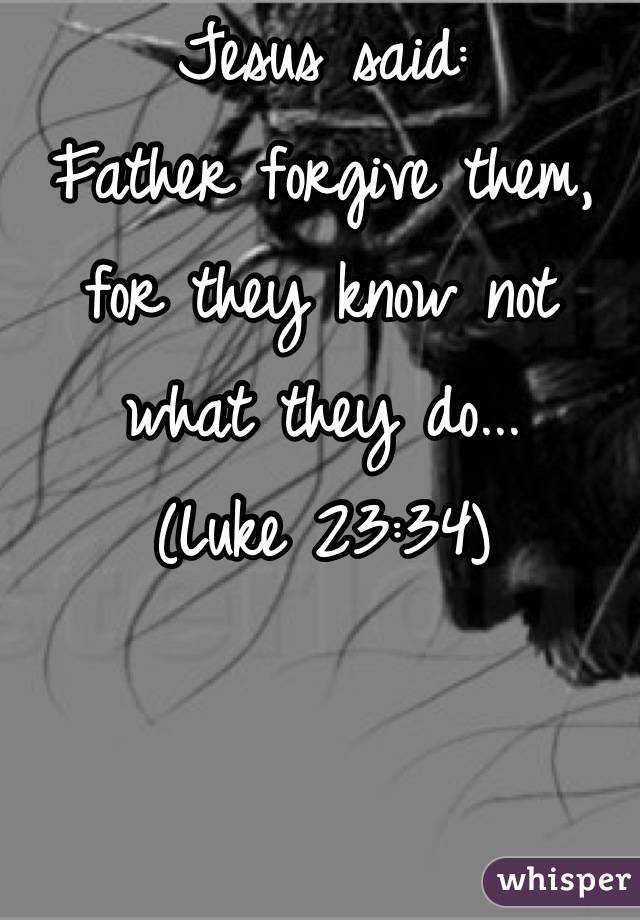 When John the Baptist first saw Jesus he declared "Behold the Lamb of God who takes away the sin of the whole world!" When Jesus was dying on the cross He prayed "Forgive them Father for they know not what they do..."


Never will the whole world seek forgiveness. Never will every person be deserving of God's forgiveness. It is not offered based on us. It is simply offered.


Still not convinced? When the sanctuary was built in the wilderness between Egypt and the Promised Land the people were instructed about how it all was to work. When they sinned they were to bring a spotless Lamb as a sacrifice, they were to confess their sins on it in front of the priest and then kill it. The priest then took the blood etc... The Lamb represented Jesus. Killing it symbolized us putting Him on the cross. The blood represented His life becoming ours. This part is fairly well known and understood. What is often not known and understood is that every morning and evening the priests offered a lamb for the forgiveness of sins on behalf of all the people whether they ever came to the sanctuary or acknowledged the offering at all.


God is the initiator of forgiveness. He always has been. It was He that went after Adam and Eve when they were hiding in the garden.


The men on that ship had done nothing to deserve God's intervention to save them from the storm and from the consequences of their own decision. Yet God extended to them His mercy and made a way of escape. The breaking of the bread was symbolic of what God was literally doing on that ship. He was offering Himself to them. That's the kind of God He is.
Posted by Pastor Dan at 08:57