28:1 And when they were escaped, then they knew that the island was called Melita. (Malta)
2 And the barbarous people showed us no little kindness: for they kindled a fire, and received us every one, because of the present rain, and because of the cold.


This past week a friend shared with me an unpleasant incident she had with another person who is a Christian at least in name. At the end she said that it seemed to her that non Christians were more kind in many cases than Christians are. That can be true and for lots of reasons. One big reason is that religion minus a true understanding of who Jesus is and what He has done for us is and real burden. It becomes a self - obsessed exercise in becoming 'good enough' that can leave the most sincere people exhausted and even bitter.


Certainly it is undeniably true that the worst enemies of Jesus were the church people, especially the leaders. It was no different for Paul. He faced opposition in many places among the unbelieving cities where he had traveled and preached but nothing like the murderous reception he received in Jerusalem. 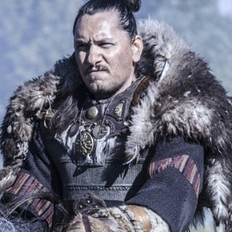 Now he has floated ashore on wreckage from the ship onto an unknown island. The island was inhabited by barbarians. The word does not mean they were cannibals or cave men or anything like that. It simply means they were cut off from the rest of the world. They had their own language and spoke neither Greek nor Latin. Here among these heathen they were welcomed with open arms and generous hospitality. Crazy isn't that the homes of strangers can be so different and so loving compared to those who should be our best supporters. Such is this backwards world. I've said it before and I'll say it again. Religion minus the heart of Christ and an understanding of the gospel is the worst kind of curse. It makes men self-absorbed and hateful, building high walls where there should be bridges.


Find a man at peace with himself and the world around him, a man who treats all others with the same considerate compassion and you have found a man who understands the heart of God - a heart of self-sacrificing love. Love is the only language that works in every culture. Love is the reason Jesus came. Love is all that will survive this planet. Love Wins.
Posted by Pastor Dan at 09:58