28:7 In that region there was an estate of the leading citizen of the island, whose name was Publius, who received us and entertained us courteously for three days. 8 And it happened that the father of Publius lay sick of a fever and dysentery. Paul went in to him and prayed, and he laid his hands on him and healed him. 9 So when this was done, the rest of those on the island who had diseases also came and were healed. 10 They also honored us in many ways; and when we departed, they provided such things as were necessary.


It is amazing to me how many parallel stories there are in the Bible often separated by centuries or more. People often speak of fate when really life just shows God’s ability to use the lemons we give Him to make lemonade. 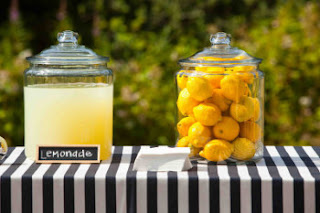 Jonah was supposed to go north east to Nineveh across land. Instead he headed straight west across the sea by ship. The ship Paul was on was supposed to stay in port for the winter but instead they too headed west across the same sea. God used Jonah's detour to reveal Himself to a crew of polytheists and pagans. God used Paul to reveal Himself to an island of "barbarians" even though he never would have been there had he obeyed and stayed in port.


What are we to make of these stories? Do they justify disobedience? Glorify it even? Well if you consider shipwrecks and getting swallowed by fish fun then I guess maybe?


What I see is a loving God making the most of our messes. I also see a loving God reaching out to those we would likely never reach out to on our own. It's like accidental or circumstantial evangelism. Clearly these island people were not barbarians in any crude sense of the term but they were ignorant of the God of Abraham and had no idea who Jesus was. Through a completely unscripted and unbelievable set of events God brought Paul to them and then used him to demonstrate God’s loving healing power. Some day I'd like to visit Malta and see if I can find any historical evidence of this God moment.


Obedience is always best but even in our messes all things work together for good when we love God, even when our love is far from perfect. He's just that amazing. :)
Posted by Pastor Dan at 09:36