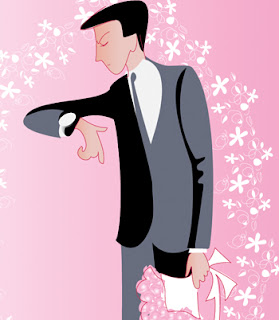 I had to officiate a wedding one time for a couple not from our culture. My wife wanted to know what time everything would be over. I smiled and told her with a wink that I didn't know when the wedding would start.


It was scheduled to start at 2pm. At the rehearsal I told the wedding coordinator who didn't know the couple well not to be in a panic for time and the wedding would likely start late.


I got to the church at 1:30. Not because I expected I needed to be but because I had some other things to do. At 1:45 the coordinator came. She was the first arrival. She was completely flustered for two reasons. First because she was so late herself and secondly because no one was there. She grabbed her phone to call the bride. I told her it was OK. They would come. About 5 minutes later some locals came who were casual acquaintances of the couple but not familiar with them or their culture when it came to time. They came expecting to slip into the back row just before the wedding started. It was less than ten minutes to the scheduled start and they were confused. I was not. I actually found the whole event quite amusing. To make a long story short the groom and his entourage came about 2:20 and the bride and her party about 2:45.


There was a delay that some never expected yet those "in the know" were not surprised at all. Everything was normal.


2 Peter 3:8 But, beloved, do not forget this one thing, that with the Lord one day is as a thousand years, and a thousand years as one day. 9 The Lord is not slack concerning His promise, as some count slackness, but is longsuffering toward us, not willing that any should perish but that all should come to repentance.


Yesterday we saw that the foolish were denied entrance because "I don't know you..." and that in Matthew 7 others will be denied entrance who although very religious were told "I never knew you..."


All ten virgins had lamps. They had the Book. They even had a knowledge of what was in the book. Five were prepared for, even expected a delay. Five did not.


I saw a quote this week: "Jesus' first instructions to His disciples were not 'believe these things' but rather 'follow Me."


I knew that wedding was going to start late. I was prepared for it. I knew them.


Do you know Him? The wise think it's all about knowing. They each have a strategy. They are all preparing in some form or another. There is even a whole subculture in America now called "Preppers".


God does not want our religion or our resume. He just wants us. He wants to know us and be known by us. He has taken care of everything else.
Posted by Pastor Dan at 12:06