3:10 But let each one take heed how he builds on it. 11 For no other foundation can anyone lay than that which is laid, which is Jesus Christ. 12 Now if anyone builds on this foundation with gold, silver, precious stones, wood, hay, straw, 13 each one’s work will become clear; for the Day will declare it, because it will be revealed by fire; and the fire will test each one’s work, of what sort it is.


My dad always told us when we were kids - "Be sure your sins will find you out." There are other sayings like "the truth will eventually come out" and "time will tell". These various sayings are based on the same idea - time has a way of bringing hidden things or misunderstood things out into the open. For example, two contractors are building houses. One believes that blown in insulation in the attic is the best way to keep heat from escaping through the roof. The other contractor believes in doing it a different way. They often chat about it between themselves, discussing the pros and cons of each system. While they both admit there are some advantages to the way the other does it, each is convinced that his way is best. They teach their workers to do it their way. They convince their customers that their way I'd better, each believing they are telling the truth.


A new builder comes into the area and he has a different way of insulating. His method seems innovative and he gains a following. People in the community and in the building industry become involved in this debate over which is better.


Corinth has had the benefit of multiple pastor/teachers. Each had differences in their message, perhaps in technique, lifestyle, dress, diet, content, emphasis, etc... That wasn't the problem. The problem was the people divided over it. They formed lines and fought about it. Maybe there were long skirt Christians in Corinth or head covered Christians or vegetarian Christians or whatever. The differences became everything and the church was being destroyed. 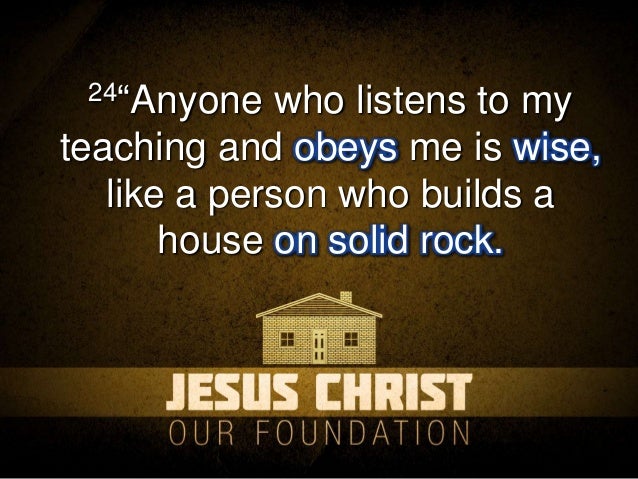 Here is the point Paul is making. No matter the differences the foundation is Christ. It may be that some of the stuff added to the foundation was really good and time will prove it. In eternity it will be fully understood why it was good and the blessings and benefit that came from it. It may also be seen in the light of eternity that some of their teachings were not beneficial and caused loss, not gain.


But did you catch the crazy part?


15 If anyone’s work is burned, he will suffer loss; but he himself will be saved, yet so as through fire.


Religion teaches you can't make a mistake and be saved. The root of that thinking is that we save ourselves by our correctness. That foundation is not Christ. Paul is teaching truth that for some of us is radical. If our dependence and foundation is Christ our mistakes and wrong views, even harmful views will be purified by fire in the end but we will come from that "fire" refined and beautiful, washed in the blood of the Lamb.


Why do we fight? Why do we draw lines? Why do we part ways and start new churches? Is not Christ our common foundation? Is not the rest immaterial in comparison?


All three of those contractors built good homes. They all desired the same thing. They all intended warm, comfortable homes that were easy to heat. They just saw different ways of achieving that result. All three will still be builders after time exposes which technique if any was best.


Could it be that the root of most fights in the body of Christ is self-obsession that finds security in our correctness rather than in Jesus?


We will all be found lacking in some ways when Jesus comes and that lack will have cost us and the cause of Christ but we will still be His. Where sin abounds, grace abounds all the more. The Foundation can't be destroyed so let's make sure He is our Foundation.
Posted by Pastor Dan at 10:25