1:18 For the message of the cross is foolishness to those who are perishing, but to us who are being saved it is the power of God. 19 For it is written:


“I will destroy the wisdom of the wise,


And bring to nothing the understanding of the prudent.”


20 Where is the wise? Where is the scribe? Where is the disputer of this age? Has not God made foolish the wisdom of this world? 21 For since, in the wisdom of God, the world through wisdom did not know God, it pleased God through the foolishness of the message preached to save those who believe. 22 For Jews request a sign, and Greeks seek after wisdom; 23 but we preach Christ crucified, to the Jews a stumbling block and to the Greeks foolishness, 24 but to those who are called, both Jews and Greeks, Christ the power of God and the wisdom of God. 25 Because the foolishness of God is wiser than men, and the weakness of God is stronger than men. 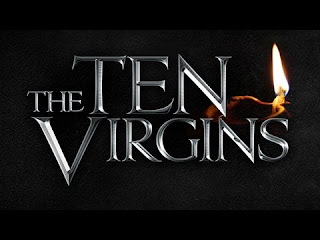 One of the famous parables Jesus told is the one where ten virgins are waiting for the bridegroom to arrive. Jesus said in the parable that five were wise and five were foolish. The five wise had lamps (today we would say flashlights or lanterns) and extra oil to refill them. The five foolish ones brought lamps but no extra oil. Then Jesus said the bridegroom was delayed. While they waited for him all of the virgins fell asleep. At midnight a cry went up that the bridegroom was near. They were awakened by the cry but while they were sleeping the oil had burned and their lamps were almost out. The five wise ones refilled their lamps with their extra oil and were quickly ready to go out and meet him. The five foolish asked them for oil but they told them to go buy their own. While they were gone the bridegroom arrived and the five wise entered the house with him and the door was shut. The five foolish returned but we're refused entrance. The reason? "I don't know you."


A lot of ink has been spilled over this parable. A lot of head scratching has been done too. It seems to make no sense. Shouldn't wise virgins fit to meet the bridegroom be kind enough to share their oil?


Yes. If the story were about a mere lack of physical fuel for a physical lamp that would be true. However this is a parable. Parables are stories meant to convey a deeper truth through familiar things.


The answer to the whole puzzle is what the iolite were told when they finally arrived. "I don't know you."


In Matthew 7 Jesus said that in the end many would come to Him and say "Lord, Lord didn't we do many things for You and many signs in Your name etc...?" And then Jesus said He would say to those people "Go away from Me. I never knew you."


Here in 1 Corinthians Paul says there is a clash between man's systems and wisdom and God's message. There is a huge disconnect. What God is saying to us in Christ is foolishness to us and what we are offering Him is foolishness to Him.


Apparently there is a message in the cross that most of us are not comprehending. It doesn't compute so we either throw it away or twist it into something we can make sense of.


All the while Jesus kept telling these stories of a disconnect between Him and us and the stories though on the surface vastly different ended the same way: "I don't know you."


If you have been around Christians very long it's likely you have heard or sung this song: "Thy word is a lamp unto my feet and a light unto my path..." Those lyrics are pulled directly from the Bible. God's word is compared to a lamp that lights our way. The bridegroom in the Bible is a symbol of Jesus. The arrival of the bridegroom is a picture of Jesus returning which was promised by Him and made reference to about 2500 times in the New Testament alone. Anyone who knows the Bible knows He is returning. Virgins in the Bible represent those who believe in God - His church. According to Jesus there is an invisible divide in His church - half are wise and half are foolish. For a long time it is impossible to tell them apart. All have lamps burning bright. All are waiting.


There is a delay. Jesus doesn't come when first expected. Half are prepared for the delay. Half are not. It's almost like the wise ones knew He would be delayed...