10:11 Now all these things happened to them for examples: and they are written for our admonition, upon whom the ends of the world are come.


There was little that was normal about the life experiences of the people who journeyed from Egypt to Canaan through the wilderness. Few people live through such unusual circumstances. Several years ago I had the privilege of pastoring a sweet lady who grew up in Königsberg until the war started. She was young. Her flight from the Russians and the Nazis was surreal. A movie could have been made of her life. To live through such circumstances is unusual although many in Syria today and other war torn countries could easily relate.


Why do I bring this up? Because Paul brought it up. Paul wrote that the strange events that marked the journey from Egypt to Canaan were written down as examples. They were for our admonition. Why us? Who is us? Why did Paul include himself in there? Was he speaking of the people living then? Was he speaking of the future end of the world? Yes and yes.


Can the world have more than one end? Apparently it can. If you search a world map for Königsberg you will not find it. It is gone. That place came to an end. It exists in the memory of those who lived there but it's gone. That sweet lady tried to return. About fifty years after her flight from her home and homeland she returned for a visit. She told me she wept like a baby. She even had tears in her eyes as she told me the story. She returned to the geographic location but Königsberg was gone. 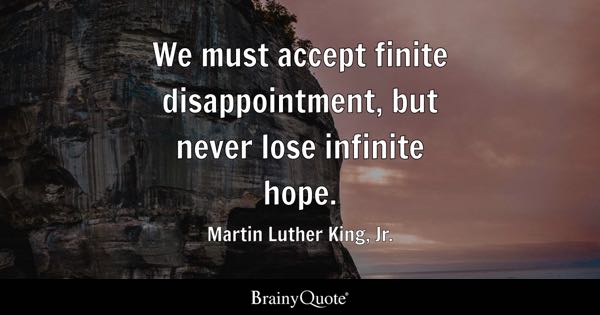 I grew up on a retired farm. We rented the land to the neighbouring farm. We played in the barn. Built hay forts. Started to build a cabin that never got finished. Fished in the pond. Played in the brook. Hung out with dad in his shop. Every day ended the same no matter what the day contained. We went home. Last summer I was invited to speak at camp meeting in Quebec very near my childhood home. We took a drive. The shop is gone. It's just a field. The barn too. The house. It's all gone. Just fields like no one ever lived there at all. The end has come. Nearly 200 years my family had roots in that place and now the end has come.


Königsberg is gone. My childhood home is gone. So many places, even entire empires have vanished into history. Indeed there is more than one end to world in certain sense. The Jewish temple has been gone for almost 2000 years. It was the immediate end Paul was likely referring to. Judaism came to an end of sorts. The new Christian movement he was a huge part of didn't end but it certainly went through a very dark and trying time where others tried to end it even more zealously than he had before his conversion.


So let's bring it full circle. Paul wrote that the experiences of those wilderness wanderers was written down for us. They are examples. They are for our admonition. They speak specifically to those who experience some kind of end.


There is much I could say here. Honestly when I read this passage earlier this morning and asked God to teach me from it my mind went in so many directions. So many things have come or are coming to an end. The lessons and applications could fill a book or more. This morning I don't have the time or space to unwrap them all but He has focused me on one aspect that applies to all of us in all ages.


The people who left Egypt were slaves. They truly believed that the source of all their troubles was their bondage. God intervened. He had promised to Abraham 400 years earlier that He would and He did. They were set free. Never again did a whip cross their back. Never again did a taskmaster beat them or humiliate them or rape them or treat them like an animal. They were free. Their troubles were over...


If it were a movie and the credits rolled just after the Red Sea swallowed the Egyptian army we could perhaps believe that. However that's not what happened. Trouble found them in the desert far from their cruel masters. The end of one set of troubles was the beginning of a new set. Demons without gave way to their demons within. Now that they were free from outside forces of trouble they were left to face the troubles that existed within them. In no particular order they were: fear, insecurity, jealousy, control issues, distorted thinking (life was good in Egypt, let's go back), trust issues, lust issues, and the list goes on.


One world of pain and suffering ended only to open up to a new and different one.


Paul was writing to new Christians. They had left one world of idol worship and superstition and entered the Christian world. One life had ended and a new one was beginning. That's what Paul was really talking about. Navigating that change is huge but they weren't alone. it wasn't a path that hadn't been traveled before. Others have gone before us. Their experiences were written down. We can fumble along blindly or we can learn from them. We can fall in the traps some of them fell in or we can follow their journey, recognize the danger zones and avoid them.


The greatest delusion, the most distorted thoughts we entertain are the ideas that my struggles are rooted in external forces. If I had a better political situation, a better boss, a more functional family, a better wife, or a better life I'd be ok. The real enemy is within. When Egypt is a memory and we're alone with God in "the desert" the struggle has not ended because the struggle is within. Adam and Eve lived in the perfect setting so they blamed God and each other. The real problem was within.


God's greatest desire is to put an end to the kingdom of darkness that rages within us while we are all preoccupied with the raging around us. Jesus had to live in this messed up world. He was not whisked away. No sea swallowed His enemies. Yet He lived a life of love. Peace reigned inside Him. The external storms raged but had no impact on him.


That's what I want. A peace no sword can take from me, no politics can rob me of, no circumstance can steal from me.


We have examples. Let's learn where the real enemy is. Let's ask the Deliverer to conquer that stronghold. Let's get to the root and stop worrying about the fruit.
Posted by Pastor Dan at 10:37