NOTE: This is a multi day study that is potentially divisive. If you aren't willing to study it all the way through best not to start.


2 Now I praise you, brethren, that you remember me in all things and keep the traditions just as I delivered them to you. 3 But I want you to know that the head of every man is Christ, the head of woman is man, and the head of Christ is God. 4 Every man praying or prophesying, having his head covered, dishonors his head. 5 But every woman who prays or prophesies with her head uncovered dishonors her head, for that is one and the same as if her head were shaved. 6 For if a woman is not covered, let her also be shorn. But if it is shameful for a woman to be shorn or shaved, let her be covered. 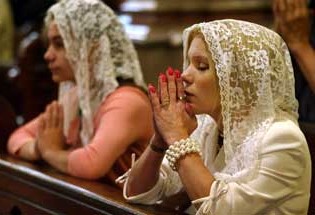 If you read something like this in the Bible and it makes no sense to you there is a reason. It's because you just walked into a conversation about a time and place that you are far removed from. Let me warn you now that some of this chapter is going to leave you scratching your head. I actually literally lost two church members to the Muslim religion over this chapter. They left Christ for Mohammed based on their confusion over this chapter. Therefore I ask you to prayerfully come with me as we examine what is happening.


First context is everything. Paul is writing to people from a culture and circumstance far removed from ours. Unless we accept that and seek to try and understand what that culture was like we will gain nothing but confusion and misapplication from this chapter and truthfully from many other portions of the Bible.


Point number two: This issue of women having covered heads is found nowhere else in all of Scripture spanning thousands of years of history. Clearly this is not a teaching or practice that God originated.


So now the question is if neither God nor Paul taught this practice why is Paul bringing it up at all. Well simply put, being a Christian does not divorce or free us from cultural norms. We already saw in this letter to Corinth that food sacrificed to idols is perfectly fine to eat yet for the sake of others who may see it differently we should not eat it in their presence and certainly not where the offering took place. Our behaviour and choices have an impact and effect on others. We may be doing nothing technically wrong yet still be doing something wrong.


Verse three begins with the word "but". Paul is saying "You are doing everything I taught you but there is something we need to talk about..." Then he describes what sounds like a chain of command almost: God, then Christ, then man, then woman.


This is also problematic. It is true that man is under Christ but Christ is God and woman is equal to man. Paul says exactly that in Galatians so what is he saying here? Do you appreciate how critical it is never to build a whole case on a single verse?


Christ is God. John said so. He was with His Father in the beginning. They said "Let us make man in our image." Jesus only became subject to or less than His Father when He became one of us. The "chain of command" Paul describes here is at a point in time, not a statement for all time. The same is true of the relationship between men and women. God made them equal. The Hebrew word translated "helpmeet" in the KJV makes this clear. God used a rib from Adam giving a side by side visual. He took it from him to show their oneness. Some will argue as Paul does later that the fact she was created second makes her inferior yet if you look at the progression of the creation week in that light of "first = better" you'd get in trouble in a hurry. Women only became seen as "the weaker sex" after Eve are the fruit first. God clearly described this subjection as a consequence of events, not as an order He designed. This is a huge distinction to make. In Adventism we are careful and deliberate to point out what the original diet was before sin and degradation took over. We must be as careful to point out that God never intended any human to be superior to another for any reason.


Paul is making a point that we struggle with because he is asking the women to submit to the culture even though in truth they are equal as he himself will state later in the chapter.


That's as far as we're going to take it today. May God lead our thinking as we wrestle with the difference between what are His instructions and what are practical submissions to culture. It will become very clear as we progress through this chapter step by step in the Light of the rest of Scripture and Paul's own words.
Posted by Pastor Dan at 22:13