12:12 For as the body is one and has many members, but all the members of that one body, being many, are one body, so also is Christ. 13 For by one Spirit we were all baptized into one body—whether Jews or Greeks, whether slaves or free—and have all been made to drink into one Spirit. 14 For in fact the body is not one member but many. 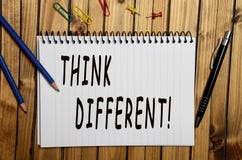 A couple of days ago a colleague of mine posted an article about the importance of pastors dressing well. I responded by saying the premise of the article is both true and false. It is true that some people need a well dressed pastor. Anything less would be a distraction for them. They would struggle to take him or her seriously. However there are others and probably many more of them who would struggle to listen to a guy in a suit and tie. He would seem to distant, too foreign, too far removed from the reality they live each day. Others would subconsciously reject a guy in a suit as a used car salesman. They are craving authenticity and a suit may be a barrier for them. Guess what? It's good that some pastors have a professional persona and it's equally good that others look like the guy next door or the guy on the next bar stool. It's not either/or. It's different and different is not just ok or even better. It's imperative.


So if you feel different don't despair. God has a purpose for you that is perhaps more unique than many others but no less important.


Let me remind you again that Jesus and John the Baptist were very different in style and approach yet both effective and both on the same team. Look at the 12 disciples Jesus chose. They represented quite a variety. Some were favourable to the Romans. One was a political zealot intent on freeing the Jews of the Roman yoke. One was a hated tax collector. Some were uneducated fishermen. Some thought deeply and rarely spoke. Others spoke quickly and made you wonder if they thought at all. Do you think it was an accident? Did Jesus make a mistake picking men who spent so much time arguing?


Never. He didn't have a plan to reach some people. He wanted to reach all people. He wanted Democrats and Republicans. He wanted the upper class and the simple folk. He wanted all nationalities. He wanted both genders and the unsure. How would he reach them all with cookie cutter uniformity? He wouldn't. So He called a variety of men and then a crew of unofficially called women because the culture wouldn't permit women as disciples. Then He set about stretching their minds even wider, higher, and further than anyone thought possible.


If you really want to follow Jesus be prepared to not only accept different but embrace as more than ok. It's critically important.
Posted by Pastor Dan at 10:45