In the Shadows of the Cross Part 7 - Who Killed Jesus?

Luke 23:44 Now it was about the sixth hour, and there was darkness over all the earth until the ninth hour. 45 Then the sun was darkened, and the veil of the temple was torn in two. 46 And when Jesus had cried out with a loud voice, He said, “Father, ‘into Your hands I commit My spirit.’” Having said this, He breathed His last.


47 So when the centurion saw what had happened, he glorified God, saying, “Certainly this was a righteous Man!”


48 And the whole crowd who came together to that sight, seeing what had been done, beat their breasts and returned. 49 But all His acquaintances, and the women who followed Him from Galilee, stood at a distance, watching these things.


Today's final look at the most important event in history is a critical one. It exposes a truth few see because the opposite is nearly always presented. We will look at how Jesus died. Tradition and even logic suggests He was killed but He was not. He did die, but He was not murdered.


Not that long before that Friday when Jesus died He had asked His disciples a crucial question. First He asked "Who do people say that I am?" They answered that there were several theories but no consensus. The one thing most did agree on was that Jesus was no ordinary person. Beyond that there was no agreement. Then Jesus asked "Who do you say that I am?" To this Peter answered "You are the Christ (Messiah), the Son of the Living God."


Jesus affirmed his answer by saying "You didn't learn this from people, from consensus, from tradition, or by any other human means. God revealed this to you."


Now that they knew who He was it was time to tell them why He had come so for the very first time He told them directly "I am going to die..."


Peter was again the first to speak. "No! This will never happen to you!"


Jesus replied with perhaps the most shocking words that He ever used to address another person. He said "Get behind me Satan. You are an offense to Me, for you are not mindful of the things of God, but the things of men.”


Peter's statement that Jesus would never die is pointed out by Jesus as coming from Satan. This clearly means Satan did not want Jesus to die...


Think about it. Satan well knew that the animal sacrifices were but symbols pointing forward to Jesus, the Lamb of God who takes away the sins of the whole world. Satan gained access to this planet and to humanity by the choices of Adam and Eve. He had almost universal control of us. There was but one antidote. If humanity could catch a glimpse of the heart of God, if we could begin to see even a glimmer of the intensity of His love for us, Satan's power would be broken. His lies would be exposed and he well knew it. It is too commonly believed that it was Satan's mission to kill Jesus when the very opposite was true. He was trying at all costs to prevent it. First he worked through those closest to Jesus. By peer pressure he sought to tempt Jesus to abandon the mission and instead become the conquering king they had expected and wanted. Jesus saw through it. He knew the source was not Peter. 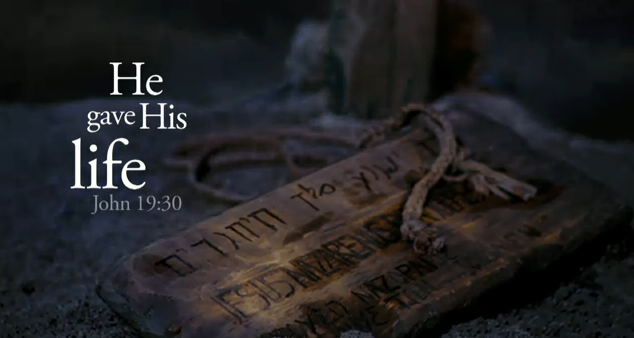 Later in the garden of Gethsemane Jesus was again tempted to abandon the mission. The hardest phase of His entire life was then. He had to choose between pushing forward to death or fleeing to save His life. Where was this pressure coming from? Have you ever considered the reality that our temptations and desires only have two possible sources? It certainly makes figuring out or sorting out our feelings a lot easier. We are either being promoted by heaven or by hell, by God or by Satan. In the garden Jesus had two competing desires. To go forward to death or to retreat and live. To go forward was the will of His Father. To retreat then was obviously the will of Satan.


Jesus' life was not taken by Satan or by us. His life was freely given, a random for many. He gave. It was not taken. He was not murdered. He surrendered His life. He died on His terms. So obvious was it that a Roman soldier who probably understood little to nothing about His mission saw plainly that Jesus was in full control of what took place. He looked over the crowd who were trying to kill Him and forgave them for their ignorance and then He gave the breath that was keeping Him alive back to His Father and died.


Why is it so crucial to understand this? Because no greater love has any man than to lay down His life for His friends. Jesus raised the dead, walked on water, and repeatedly escaped attempts to kill Him. He wants us to know and understand no one took His life. He gave it. Love gives. Satan never wanted such love to be seen by us or by the watching universe. That's why Jesus said "It is finished". For anyone who looks all the evidence has been presented.


When the movie Passion of the Christ was being released one of the controversies was "who will Gibson blame for killing Jesus?" We still don't get it. The delusional Jews said it best while not even realizing what they were saying: "He saved others, Himself He cannot save!"


That's because He saved us from our blindness by demonstrating how deep His love was. He saved us by not saving Himself.